It’s not a normal thing to hear that blind people can do massage therapy as everyone who hears that can doubt how a person with visual impairment can do such massage while he/she is not able to see.

Beth Gatonye, founder director of Seeing Hands Rwanda an NGO that promotes the social and economic well-being of persons with visual impairments, says that no one should doubt on this, though it is still a big challenge especially in Rwanda where some people don’t allow visually impaired people to showcase their ability.

“The biggest challenge, most of people do not believe that visually impaired people have the ability to offer services. They don’t give them that opportunity to showcase their abilities.” She says.

The idea of starting this organization, Seeing Hands Rwanda, was due to the way blind people were being treated in terms of access to jobs and employment, where most of them were seen as if they are not able to do anything. So she decided to start the organization in order to train them and later deploy to different locations, but it didn’t work as expected due to the above mentioned challenge.

“When I started with them, my vision was to put them in different hotels and locations where they can work and provide their services. But very few would accept it almost none. They do not even look beyond, the first thing they see is their disability, so that is a very big challenge.”

Though many people are not comfortable working with visually impaired people, Madam Gatonye says that no one should deny them the job of doing massage in their companies, as blind people can do it better than those who can see.

“When they lose their sight, it’s like that perception is transferred to their hands. They are very good with touch; they rely on touch to move. So when they give you a massage you will never want a massage from anyone else.” Testifies Gatonye.

Based on this challenge, Rwanda Union of the Blind (RUB), through its Executive Director Donatille Kanimba, condemns each and every one, who is still marginalizing blind people, and has warned to be taken to courts because they are doing things which are contrary to the law and this is found as discrimination. She says: “When it is the right of everybody to work and then you refuse a permission for a company to work in your hotel because they have employees who are blind, you are being discriminative. So it will come a time when we have enough people to be able to bring up these cases taken to court of Justice in Rwanda. And that will not be good for those hotels.”

Seeing Hands Rwanda is an NGO that promotes the social and economic well-being of persons with visual impairments by giving free massage therapy training and tries to create employment opportunities for young Rwandans with visual impairments. Currently, this organization works with different institutions like the American Embassy to Rwanda, African Leadership University, and some few hotels. The founder says that what is needed is to educate people that hiring a visually impaired person is not wrong. And once this is done, it will lead to a decrease of unemployment rates for visually impaired people. 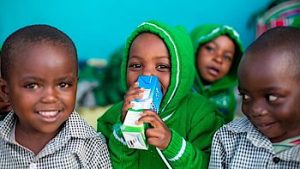 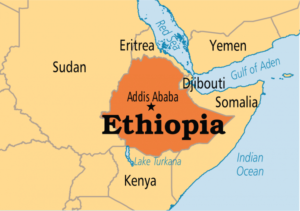 At least 33,000 children in parts of Tigray, Ethiopia, at imminent risk of death as conflict increases famine threat 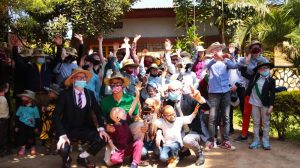