As South Africa, Kenya and Nigeria dominate the African tech ecosystem, Rwanda is slowly, yet assuredly, emerging as a key tech and investment hub with its ease of doing business.

Partech Ventures’ 2017 report revealed that South Africa, Kenya and Nigeria accounted for 76% of total funding in 2017 and was the top three tech startup ecosystems to have highest number of startups funded per country. Whilst the trio continue to dominate, Rwanda, despite its small population, is positioning itself as a profitable commercial hub through its ease of doing business [Rwanda ranks 29th globally in World Bank’s annual ‘Doing Business Report’], and by implementing a lenient visa policy. Much of the partnership work has been undertaken by the Rwanda Development Board, whose mission is to stimulate growth and activity and 2018 has been a particularly busy year for attracting new business and enterprise to the country.

Here’s a breakdown of some of the African and International companies [tech and non-tech] that have launched / will be launching in Rwanda.

Before wrapping up 2018, social innovation centre, CcHub Nigeria, announced they will be launching a Design Lab in Kigali, Rwanda in 2019. A lot of the plans are still under wraps, however according to Founder & CEO, Bosun Tijani, CcHub’s Research and Development (R&D) unit will house Designers, Engineers and Product Developers who will collaborate with top scientists globally to solve some huge social challenges.

In July, Andela, the pan-African company that is building high-performing engineering teams with Africa’s most talented software developers announced that they were launching a pan-African technology hub in Rwanda, its fourth African market. Andela did not go it alone, they partnered with Government of Rwanda through the Rwanda Development Board, an organisation responsible for transforming the country into a global hub for business, investment and innovation. Having a hub in Kigali is a great strategic move for Andela, as Rwanda has a easy visa system in place for other African nationals. By launching in Rwanda, Andela will open applications from candidates across Africa. Furthermore, Rwandan technologist Clement Uwajeneza, was appointed as Country Director to provide strategic leadership in Kigali and is responsible for its programmatic and operational management.

German auto manufacturing company, Volkswagen, launched its operations in Kigali in June; this will be Rwanda’s first car-assembly plant. The official launch took place at the Kigali Special Economic Zone, where the assembly base is located, and was attended by Rwandan President Paul Kagame. With low levels of car ownership in the country, Volkswagen’s Rwanda’s $20 million operation, is integrating a mobility solution that offers car sharing and ride-hailing systems. Thomas Schäfer, Chairman & Managing Director at Volkswagen Group South Africa said of Rwanda “there is almost no corruption, and the population is very young, eager to be educated, and internet-savvy”.

Yegomoto, a Rwandan-based startup that provides meters to drivers of car and motorcycle taxis, has been working closely with the Rwandan Government since 2016 to regulate the traditionally informal taxi market, and bring Rwanda’s vision of going cashless in 2020 to life. To date, the company has provided meters to over 1,900 drivers and their meters has formalised several elements of Rwanda’s taxi experience including metered fares, cashless payments and verification of Taxi drivers and owners. In 2018, Yegomoto was named as the ‘Best App in Africa for Mobility and Transport’ at the AppsAfrica awards and recently launched Yego 9191, Rwanda’s first centralised booking system for car and motorcycle taxis. Using Rwanda as a test bed, Yegomoto has plans to expand to the rest of East Africa.

Doing business in Rwanda is seamless compared to other African nations, and this is down to the government actively looking at ways to improve its economic growth and show the lucrative investment opportunities in industries such as Tech, Tourism, E-commerce and more.

Panellists at the 2018 Africa Tech Summit in Kigali

Join CEO of Yegomoto, Karanvir Singh, who will be speaking on Mobility and Founder and CEO of CcHub, ‘Bosun Tijani, who will discuss the launch of their Design Lab in Rwanda at Africa Tech Summit Kigali 2019 on February 13th-15th at the Kigali Convention Centre in Rwanda.

READ THE STORY FROM THE SOURCE 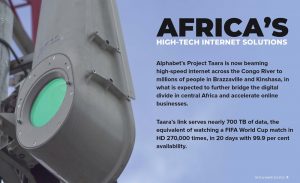 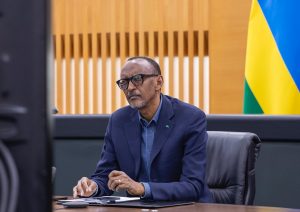 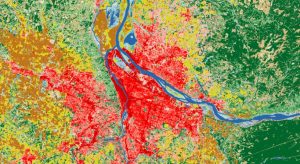