CAF (the Confederation of African Football) is going to great lengths to ensure that this year its flagship event, the Africa Cup of Nations serves to place African football on a global stage.

The governing body of African football says it has a roadmap to put the African Cup of Nations (Afcon) on an equal footing with similar tournaments like the UEFA European Championship and America’s Copa America – so they have plenty to prove. In an effort to attract a global audience to this year’s event in Cameroon, CAF says it is deploying some new features. Here is a run-down:

For the first time in an African Cup of Nations tournament, the use of VAR is extended to all 52 matches of the competition. VAR was popularly introduced to football matches in 2018, and CAF implemented it for the first time in Egypt in 2019, during the last edition of Afcon. Then, the VAR was only deployed from the quarter-finals onwards. CAF says the implementation of VAR in all 52 matches in Cameroon will be instrumental, “not only to improve the image of refereeing but also produce world-class match officials in Africa”.

CAF is set to use its flagship tournament to showcase a commitment to promote gender equality values through sport. Rwanda national Salima Mukansanga will make history by becoming the first woman to referee a match at the men’s African cup of Nations.

While Mukansanga is the only woman match referee, four other women, including top referees Carine Atemzabong (Cameroon), Fatiha Jermoumi (Morocco) and Bouchra Karboubi (Morocco) will officiate the competition.

More money for the winners

CAF announced an increase of 1.85 million US dollars in the tournament prize money for the competing teams.

By comparison, the Europe Championship winner takes home 10 million euros and the Copa America winners walk away with 6.5 million euros, meaning CAF is on track to catch up with the other continental football competition.

Afcon to be broadcast across 157 countries for the first time

“The stage is set for the 2021 Africa Cup of Nations and the world is tuning in as a record number of global broadcasters prepare to beam the African continent’s showpiece football tournament from Cameroon to millions of fans in 157 countries,” CAF announced via a press release.

The surge in international demand for Afcon broadcasting rights mirrors the rise in African football stars’ popularity across the world.

“We are not surprised by the huge demand from major networks globally. It’s a clear indication of the increasing popularity of African football around the world and shows clearly how AFCON has increased in stature and appeal to become one of the world’s biggest sporting events,” stated CAF President Patrice Motsepe, commenting on the news.

The tournament will be seen by viewers across sub-Saharan Africa, North Africa and the Middle East, Asia-Pacific region, Europe, North America, South and Central America, the Caribbean and areas as far afield as Cambodia and Laos.
The CAF president is ramping up efforts to ensure that African football is accessible not only in Africa but globally. 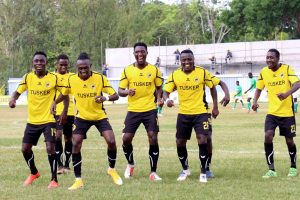 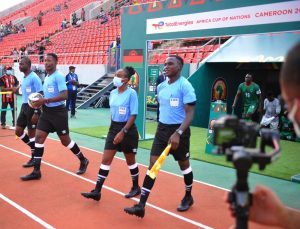 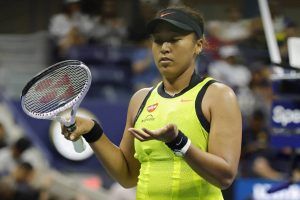 Naomi Osaka highest-paid athlete in 2021: What you should know