Mbita, Kenya (September 1, 2020) – A German-Dutch start-up is testing a unique business model in Mbita, a small fishing town in Kenya. Torqeedo electric motors are hired out to the local fishermen for a monthly fee that includes training, maintenance, and a solar-powered battery-charging service.

The goal is nothing less than saving the world’s second-largest freshwater lake. Lake Victoria, which borders on Kenya, Uganda and Tanzania, is about as big as Ireland and home to over 200 species of plants and animals not found anywhere else in the world. But this eco-system is in danger, with 76% of the fish species threatened by extinction. The livelihoods of 30-50 million people who, directly or indirectly, are dependent on the lake are also acutely threatened.

Local fisherman Joshua Miruka did the first test run after a Torqeedo Cruise motor and battery were installed in his 13-metre wooden boat. After casting off, Miruka noticed how much faster the boat was responding. After a few test circuits of the bay, he sailed away from the coast into the deeper waters of the lake and revved up the motor up. “I immediately noticed how quiet it is,” Miruka recalls.

“I also think it’s important that electric motors are good for the environment,” Miruka says. “With the old combustion engines we’re just polluting the air, and fuel and oil are constantly leaking into our lake. We’re poisoning the fish and our drinking water. Things can’t go on like that.”

Overfishing is one reason for the alarming state of the lake. Another is massive pollution. On the Ugandan side of the lake, flower farms contribute to the problem by discharging chemicals into the lake. But the 70,000 fishing boats are also a factor. As they crisscross the lake, their rattling 10-15 HP two-stroke outboards emit pollutants and CO2. Repairs and maintenance work are usually carried out on the beach, and unfiltered oil frequently leaks into the water. As a result, they are not only poisoning the fish but also endangering themselves. After all, Lake Victoria is the main source of drinking water in the coastal regions.

This is precisely the situation ASOBO wants to change. ASOBO is a Mbita-based firm set up in 2019 by Laurens Friso and Wolfgang Gregor, together with Persistent Energy, a commercial bank. This start-up wants to persuade as many as fishers as possible to switch to high-tech electric motors. That is easier said than done in a country where the gross average monthly wage is just under €500. So they developed an innovative leasing model in which ASOBO purchases Cruise 4.0 T motors with a propulsive power equivalent to a 9.9-HP outboard and hires them out to the fishermen. ASOBO also shows the fisherman how to work the new electric drive and charges the 3.5 kWh Torqeedo Power 24-3500 batteries. Every morning when the fishermen sell their catch on the beach, an ASOBO employee picks up the batteries on his electric-powered workbike and takes them to a solar power station not far away. In the late afternoon, before the boats set out again, the batteries are back on board.

Motivating fishers to switch to ASOBO is not just banking on their environmental awareness –  there’s also an economic upside. The hire charge for the e-motors is 20-25% less than the monthly expense of running a petrol-powered outboard. “Everywhere around the world, people like saving money, but in low-income countries like Kenya it is even more important,” says ASOBO‘s co-founder Laurens Friso. The monthly fee depends on the boat, how far it travels, and the current price of petrol. Gregor Papadopoulos, Torqeedo’s Sales Manager, Central Europe / Projects EMEA, went out at night with the fishermen to see how they catch omena, the tiny fish also known as Lake Victoria sardines. Omena, the main catch for these fishermen, are either dried in the sun, cooked in local kitchens or turned into animal feed. Typically, four fishermen per boat set out at dark and arrive at the fishing grounds in one to three hours. There, they float lanterns on the lake to attract small mosquitos, the favourite food of the omena, and then cast their nets.

The floating lights on the pitch-black lake are a spectacular sight but held a hidden dark side. Until recently, most of the lanterns burnt kerosene, which often spilt into the lake. Now, more and more fishers use solar-powered lamps – clear proof that new technologies can help give old traditions a sustainable future. After an hour or two, the fish come to the surface to catch the mosquitos. The fishermen pull up their nets, an energy-sapping and complicated operation in which every move has to be absolutely right.

“It’s an application perfectly suited to our engines,” says Gregor Papadopoulos. The efficient, narrow hulls of the fishing boats glide over the water. The batteries supply plenty of power for the long trips to the fishing grounds, and the onboard computer with its integrated GPS range calculator tells the fishermen, second for second, exactly how much range they have left. What’s more, the quiet electric motors make the actual job of fishing a more pleasant task, and the fishermen can also manoeuvre their boats much more precisely. Without the noisy petrol outboards, the fishermen can easily understand the commands they shout to each other and listen to the radio while waiting for their catch.

“We think we’ll be able to supply up to 500 fishermen from Mbita soon,” Laurens Friso says. Additional rental and charging stations around the lakeshore are in the works. The long-term plan is to expand to other continents. “I hope that in a few years our business model will not just be working on Lake Victoria but in emerging markets all over the world,” Laurens adds. “For example, in island-rich South-East Asian countries like Indonesia or the Philippines.”

Torqeedo sees things similarly. “The aim is to have several thousand e-outboards on Lake Victoria in a few years,” says Gregor Papadopoulos. “I’m assuming that by 2040 there won’t be a single petrol-powered motor on Lake Victoria.” Papadopoulos has received enquiries from Uganda and Senegal, and Torqeedo is already equipping fishers with fully electric motors on the Cape Verde Islands and in South America. 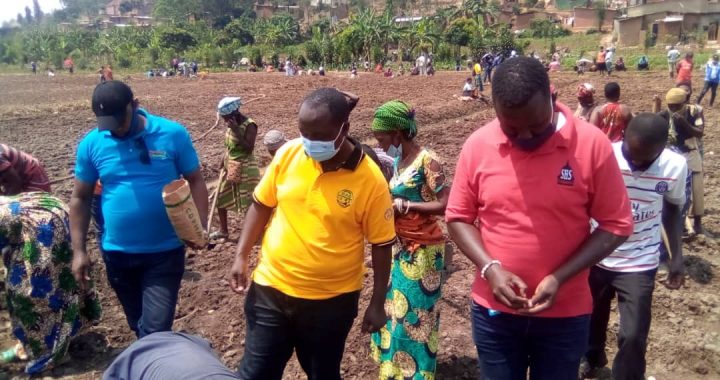 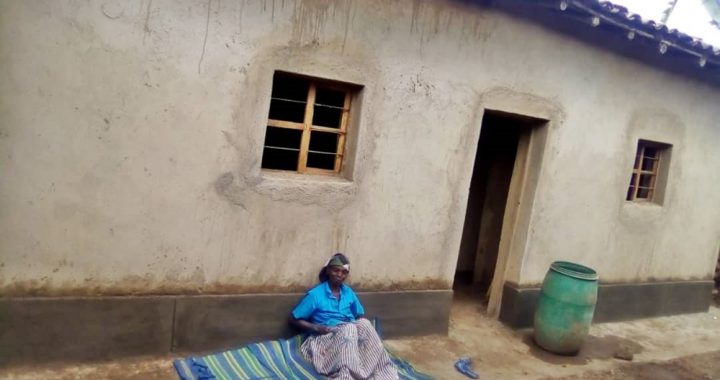 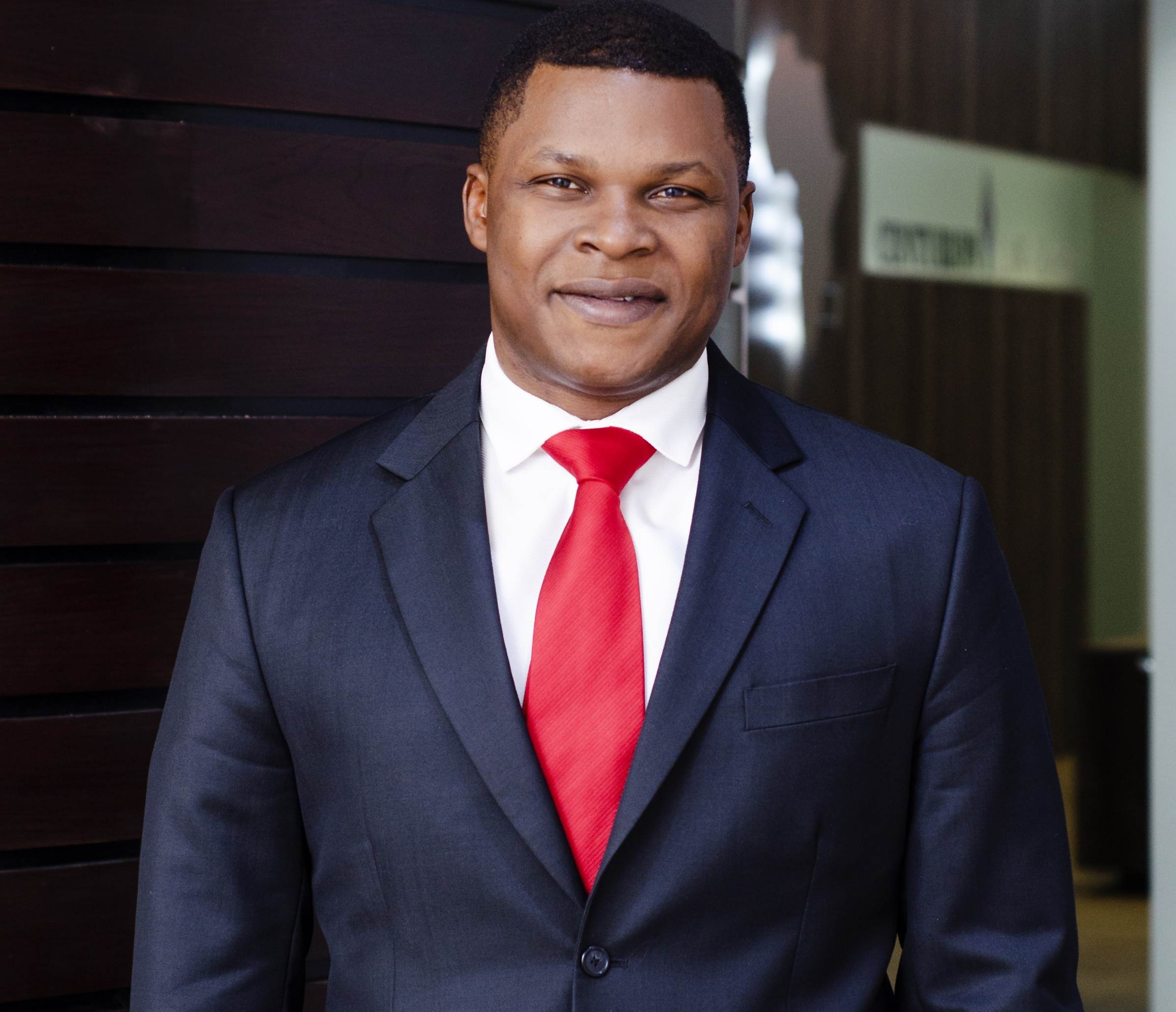