Tanzania’s Vice-President Samia Suluhu late Wednesday announced that Magufuli, who was 61, died from a heart complication.

Kagame tweeted that: “We are saddened by the loss of my brother and friend, President Magufuli. His contribution to his country and to our region will not be forgotten. My deepest condolences to his family and the people of Tanzania. The people of Rwanda stand with Tanzania during this difficult time.”

Tanzanian Vice President said plans for the funeral are underway and the country will be in mourning for 14 days, with flags flying at half-mast to mourn the fallen leader.

Magufuli was just five months into his second and final term following his victory in last year’s election where he won 84 per cent of the vote.

Based on the country’s constitution, Vice President Suluhu will now take over as President for the remainder of the term.

Despite criticism over his “scepticism” on the Covid-19 pandemic, Magufuli is credited for steering the Tanzanian economy to robust growth rates; by especially building big infrastructure projects and cramping hard on corruption.

Under his rule, among other things, the IMF listed Tanzania among the fastest-growing sub-Sahara economies, averaging 6 per cent.

In April 2016 Magufuli visited Rwanda in his first foreign visit since he was elected as the fifth President of Tanzania in October 2015. 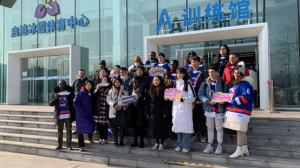 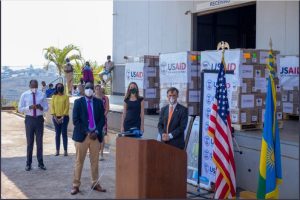