Last week President Joe Biden of the United States convened the virtual Leaders’ Summit on Climate to ensure close coordination on addressing the climate crisis with key players in the international community at the highest levels of government.

During the summit various leaders from across the globe delivered their countries commitment to join the fight to address problems that the world continues to inherit from the Climate Change.

She added that “Just two weeks earlier, the government had made the difficult but necessary decision to relocate people living in wetlands, especially in the capital city, Kigali.”

“What happened on Christmas Day could have been much worse without the government’s decisive action. Hundreds of lives were saved.” She said.

Minister Mujawamariya revealed that the challenge Rwanda now faces is building resilient livelihoods for those citizens, while also rehabilitating ecosystems.

“That’s why we created the Rwanda Green Fund – a financing vehicle and catalyst for green investments that respond to the country’s needs.” She added

The fund has mobilised approximately 200 million dollars, created 140,000 green jobs and protected and rehabilitated 30,000 hectares of watersheds and water bodies.

According to other statistics, the Government leadership and the fund’s investments have inspired more than 40 green villages country-wide.

Also Minister Mujawamariya noted that the introduction of electric motorbikes and new ecotourism sites, among others will contributes to the health of people, environment and the economy.

She concluded her remarks adding that “We are far too interconnected and interdependent to ignore the climate crisis we face – both as individual nations and as an international community.”

The inaugural session of the Summit was opened by President Biden and Vice President Harris.

The session underscored the urgent need for the world’s major economies to strengthen their climate ambition by the time of COP 26 to keep the goal of limiting warming to 1.5 degrees Celsius within reach.

It provided an opportunity for leaders to highlight the climate-related challenges their countries face and the efforts they are undertaking, and to announce new steps to strengthen climate ambition. 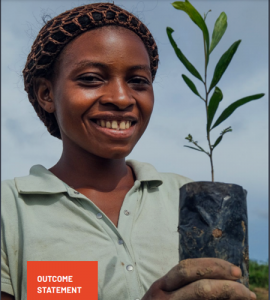 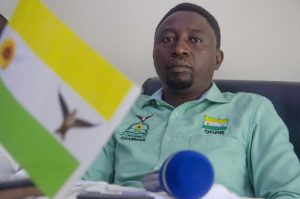