Businesses in some of the sectors that make up Nyaruguru district, especially in Kibeho sector, continue to face losses as COVID 19 epidemic continues to disrupt life in this most popular religious tourism site.

Before COVID 19, more than 500,000 people trekked to Kibeho every year to participate in religious tourism in Nyaruguru District, part of the Southern Province of Rwanda.

Currently, such tourism has been affected leading to losses among the local population and those who have infrastructures such as hotels since many of them are unable to get clients due to COVID 19 that has paralyzed the movement in this well-known part of Rwanda

Nyaruguru is a popular religious tourism destination and the fact that it is bordering with the Nyungwe Forest which is also one of the tourists’ attractions, such a fact adds value to the increased number of tourists coming to Kibeho site when circumstances are normal.

Only now residents and workers alike are losing out because there is no such tourism activity happening.

DUSABIMANA Innocent, a resident of Kibeho Sector in Kibeho Cell, who normally sells Liturgical products to Kibeho visitors, said in an interview with TOPAFRICANEWS that they are happy with the development of infrastructures in the district, however, the fact that no one is coming for a religious journey many activities are have stopped.

Dusabimana Innocent said: “Now that we have seen the infrastructures, we have a good road, we hope that visitors will come in large numbers when COVID 19 stop.

“Before, the tourists used to have some difficulties because of unpaved roads, but now everything is going well because of the construction of the road.” He said.

“COVID 19 caused us a loss and everyone has faced it. We used to have a big number of people coming to Kibeho either on weekdays or on weekends and they also used to buy various products from us. But for now, you can spend a whole week without a client. “We are hopeful that after COVID 19, life will return to normal.”

In addition to various vendors, hotels owners have also been frustrated by the lack of tourists visiting Kibeho who used to stay in those hotels in Nyaruguru as explained by Sr. Marie Innocennte Musabyimana, Manager of the Regina Pacis Center that welcomes and serve visitors to the Nyaruguru District.

Sr Marie Innocente Mubyimana said, “This is a home for people who visit Kibeho, especially those who come for a pilgrimage. A home has been set up to help visitors coming here, especially in Kibeho. Now the borders are closed and we can no longer have our customers. Before COVID 19 erupted, it was already a tourist destination because of the influx of foreigners from other countries, and today we no longer have customers in such a way that we also reduced the number of employees. We remained with a small number that we could afford to pay”

“So, we hope that when things get back to normal, things will continue to work out well because even though Kibeho was very visited, there were other people who used to refuse to come due to bad roads,” she said.

“Now Kibeho’s visitors, we hope that will double due to the infrastructures already in place.”

The Acting Mayor of Nyaruguru District, Gashema Janvier said that religious tourism in Kibeho was affected.

However, he advised all Rwandans and visitors to abide by COVID 19 prevention guidelines, so that once the outbreak stopped, visitors to Nyaruguru would return. Gashema Janvier said, “The Nyaruguru District continues to make progress in the development of infrastructure. We now have good roads, clean water and electricity.”

“Today, Religious tourism is not allowed because of the outbreak of the virus and churches are not allowed to receive people as they used to be, a good Christian obeys the instructions that help him to live a healthy life” He said

“As far as religious tourism is concerned, at least let’s wait a little bit for the epidemic to end, and for people to come back for pilgrimage,” he added. 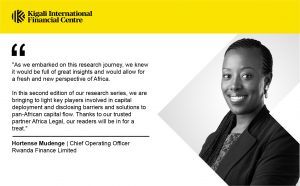 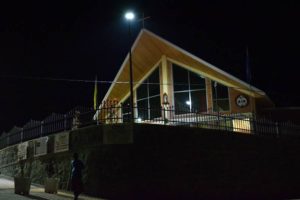 Meet Our Lady of Kibeho in Rwanda, The Only Approved Marian Apparition in Africa