This Wednesday May 26th, 2021, marks the kick off of the Fifth African Forest Landscape Restoration Meeting that will be held in Rwanda.

Some of the participants in this meeting have visited on Tuesday some parts that highlight Rwanda’s progress in reforestation.

One of the main objectives of the meeting is to discuss how to scale up Forest Landscape Restoration (FLR) across 100 million hectares in Africa by 2030.

The group that visited the Eastern Province, expressed satisfaction with the steps that Rwanda has already made in the forest and landscape restoration program, where not only the government but also the people are involved, something not very common in Africa.

Charles Mangwero from Maputo in Mozambique said:” I was really impressed. It makes me feel good to see how the people in Rwanda are taking this passion of growing trees. From where I come from my community when they see trees, they are seeing wood, medicine… so the forest is there to be destroyed.”

“But here in Rwanda I’m seeing a different story whereby the communities and local people are seeing the forests as their future, as their everyday life. They are really passionate about growing trees.”

Not only Charles who was impressed by the way Rwanda is taking its part in reforestation but also a Cameroonian Belinga Salomon Janvier said that he started to be impressed by the time when he was coming from Kigali Airport heading to the Hotel where he is living.

He said: “By the time when I was leaving the airport to the Hotel, I could see trees everywhere and I was very impressed by how green and clean. This is an experience that I have to take back home in order to improve our cities”

According to what they have seen in Rwanda, the forests activists affirm that it is really possible to reach the 2030 target of restoring 100 million hectares of Forests in Africa if there is a political will across the whole continent as it is being done in Rwanda, and also the involvement of the private sector is crucial due to the fact that this is not something that can be done by governments alone. 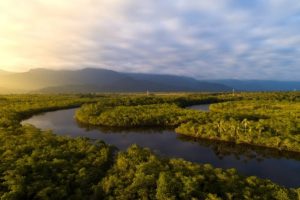 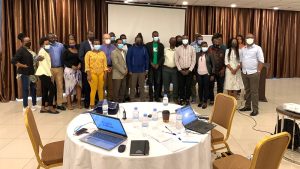