The Rwanda Media Commission (RMC) is deeply concerned about the way suicide stories are being published these days. Suicide has a serious impact on the family of the departed and to the public at large.

It is in this context that a journalist must take care and be careful when publishing stories related to the act of suicide.

The journalist has a responsibility to avoid hurting family members whose one committed suicide, which goes hand in hand with caution when photos and identities of the suicide victim are displayed or shared

A journalist should think twice on whether the news he/she is about to publish is of public interest.

It is important for the journalist to explain the community how to avoid suicide rather than rushing to publish photos of dead persons with immediate judgement that one has committed suicide while there is no official indication that he/she did it.

The Commission’s statement reminds that “Suicide stories” when well-publicized help the public to know how to fight the negative feelings that push them to commit suicide and increase their knowledge of how to prevent it.

Announcing the identity of the victim in any way is not a profession for a journalist unless it is in the best interest of the public.

We urge Rwandans to refrain from distributing suicide victims’ photos and videos. Alternatively, you can call the Rwanda National Police at toll-free number 112 or write to them on their various social media sites and let them know. 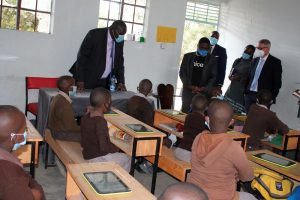