The Government of Rwanda through the Rwanda Environment Management Authority and partners have concluded the Landscape Approach to Forest Restoration and Conservation (LAFREC) project after six years of transforming the Gishwati-Mukura landscape that has resulted in the creation of a new national park and declared by UNESCO as a Biosphere Reserve directly improving lives of more than 40,000 Rwandans.

The celebratory event was held in Rubavu District on the 29 September 2021, to showcase the results of the project, recognize best performers in the adoption of silvopastoralism as well as representatives from charcoal, seed collectors and woodlot cooperatives. It was held in the presence of government entities (the Ministry of Environment, Meteo Rwanda, Rwanda Development Board, Rwanda Forest Authority, among others), funding partners such as the World Bank, Global Environment Facility and Nordic Development Fund and local leaders.

LAFREC project was a five year project implemented by the Rwanda Environment Management Authority (REMA), with the support of the Global Environment Facility (GEF) through the World Bank.

The project rehabilitated the Gishwati-Mukura landscape to bring the forest ecosystems into better management and ensure multiple benefits for local communities.

This was achieved through the conservation and sustainable use of biodiversity, increased forest cover, climate change adaptation efforts together with combating land degradation and the provision of livelihood opportunities to communities.

The restoration of the previously degraded Gishwati-Mukura landscape has enhanced both its productive and environmental values and contributed for Gishwati-Mukura to be gazetted as a national park in 2016 and designated a UNESCO Biosphere Reserve in 2020.

It has also enhanced wood fuel value chains, created new habitats and infrastructure, and made the country more resilient to climate change, among many other significant outcomes that have transformed Rwanda’s northwestern region.

“We appreciate the work of this project. Through the LAFREC project, we have been trained to take good care of the forests and make them productive; to make charcoal in a modern way because we used to work in disorder but now we are out of it and that has led to an increase in production,” he said.

He added “Through this project we have been provided with equipment including wood cutting machines, fire extinguishers and some others used in the production of modern charcoal.” “We are glad for the project interventions, we have been working with it in terms of silvopastoralism; it has brought about improvements in our pastures. Once the cows are milked, they find a nearby place to drink water while previously it required them to travel long distances”, Said Gad, a farmer from Bigogwe Sector, Nyabihu District.

Rose Mukaruhinda, a representative of the Women’s Cooperative whose occupation is selling milk, cheese and honey in Kigeyo Sector, Rutsiro District, said they were provided with a selling point facility so their problem of street vending was solved.

She added that when Gishwati-Mukura National Park will start to be visited by tourists, “we will get foreign currencies and our clientele will increase.” The Permanent Secretary in the Ministry of Environment, Patrick Karera, said that Covid-19 has prevented a tourism program in Gishwati-Mukura National Park but is expected to start soon.

“Now expect tourists to come and visit these areas. It’s an opportunity for you, to think about what you will do and how you will benefit from people who will meet you as they visit other National Parks”, Karera said.

“The LAFREC project has not only transformed the landscape by protecting and restoring biodiversity, it has also transformed the lives of thousands of Rwandans and demonstrated that investing in nature yields significant returns for both people and the planet” said Juliet Kabera, Director General, Rwanda Environment Management Authority.

“We are grateful to the communities who have made the project a success, our implementing partners for their dedication and hard work, and our funding partners including the Global Environment Facility, the Nordic Development Fund and the World Bank for their generous support” Juliet Kabera added.

Rolande Pryce, World Bank Country Manager, Rwanda said “Through this project, we supported Rwanda’s effort to harness the potential of forests and terrestrial ecosystems to reduce poverty, contribute to economic growth, and strengthen the environmental services they provide locally and globally.”

LAFREC project was implemented in four districts namely, Rutsiro, Rubavu, Nyabihu and Ngororero. At least Rwf9 million was invested in this project, according to Rwanda Environment Management Authority.

In 2017, the project was expanded with support of the Nordic Development Fund to improve the efficiency and sustainability of charcoal and wood fuel value chains. 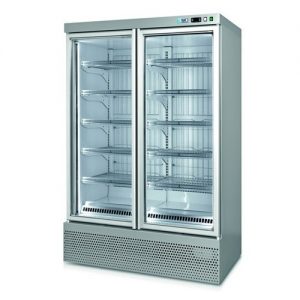