The World Health Organisation (WHO) reveals that smoking is on the rise in Africa, especially among the youth. Currently, about 1.1 billion people around the world smoke. However, it is expected that by 2025, should tobacco control regulations and smoking prevalence remain relatively the same, there will be at least 1.64 billion smokers worldwide and the accompanying health costs could exceed US$1 trillion a year.

The predicament is that tobacco is a legal drug which when used exactly as intended by its manufacturer, kills more than half of its users .  With a rapidly growing young population and rising prosperity, Africa is at the mercy of this imminent storm. There are now an estimated 77 million smokers on the continent and sadly, in many African countries the number of smokers is expected to soar .

Interestingly enough, smoking rates are expected to drop drastically in older and much more traditional markets. In the United States, experts predict that smoking rates could drop to as low as 5% by 2050. Statistics aside, a closer look at the realities on the ground unearth one of the tobacco industry’s well kept secrets, its war for the African Market.

With smoking rates declining and in some cases reaching their peak in the mature markets of the west, tobacco companies have set their sights on the untapped potential of the Asian and African markets.

However, gaining ground in these markets has in no way been fair trade but instead, as Sarah Boseley of The Guardian writes, it has been characterised by threats, lawsuits, bullying and intimidation.

Last year, British American Tobacco, one of the world’s leading cigarette manufacturers, through its Kenyan subsidiary filed a lawsuit in a landmark case claiming that Kenya’s Tobacco Control Regulations were unconstitutional . The company failed in its latest attempt to block anti-smoking regulations as the Kenyan Supreme Court ruled in favour of the Ministry of Health and the Kenyan Tobacco Control Board.

British America Tobacco is said to have succeeded in delaying regulations to restrict the promotion and sale of cigarettes in Kenya for the last 15 years. Similar threats and tactics have been reported in at least 7 other African countries.

Even more atrocious are allegations of the tobacco industry’s exploitation of some of the most war-torn and vulnerable countries in Africa and the Middle East . Investigations by The Guardian with the help of documents exposed by whistle blowers reveal how tobacco companies connive with local militias and government officials to promote cigarette sales in times of war and despair.

One would assume that war may not be as appealing to multinational companies. Sadly that is not necessarily the case and part of the reason is that conducting business in the midst of conflict and confusion means getting away with little or no regulation and tax evasion. More controversially, tobacco use is highest during times of war such that the New York Times were once quoted saying, “cigarettes lighten the inevitable hardship of war ”

It is well known that smoking is linked with lung cancer and other respiratory conditions like  emphysema as well as heart disease but recently, doctors at a specialist clinic run by the University of Cape Town, are increasingly noticing how tobacco is affecting patients’ immunity and worsening conditions such as HIV/AIDs and tuberculosis.

Professor Linda-Gail Bekker, an HIV/AIDS and TB specialist at the University of Cape Town describes this as the perfect storm. She fears that years of progress eradicating infectious diseases could be derailed if little or nothing is done . She laments how the tobacco industry is targeting African youth, saying, “Youth are likely to smoke because it’s cool and if the advertisements are catchy enough it will catch them. Lastly, just by the virtue that they have to breathe, they will get tuberculosis unless we do something about it and that is the perfect storm .”

In spite of such warnings, the tobacco industry is no more concerned about the health impacts of its products than it were 10 years ago. In an interview in 1998, a Rothmans representative, Chris Burrell had this to say about the possible health effects of cigarettes in Burkina Faso, “The average life expectancy here is about forty years, infant mortality is high: the health problems which some say are caused by cigarettes just won’t figure as a problem here .”

Even though the tobacco industry has taken a few legal blows since then (the latest being in Kenya), this is by no means an industry in decline. Instead, it is striving and more companies are moving into developing countries in search of greener or rather in this case, weaker pastures. Unless we see the dark and grim side of the tobacco industry, our efforts may not be equally aggressive to calm the storm that is coming our way. 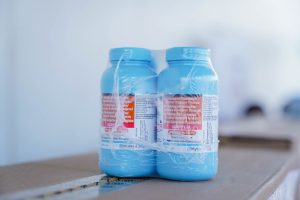 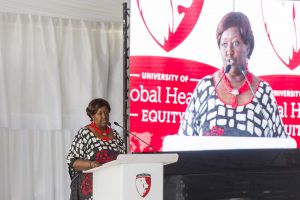 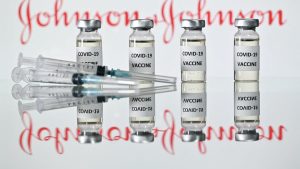