From 1959-1973, there was political turmoil in Rwanda, that culminated thousands of Rwandan refugees to be scattered in neighboring countries, some had even gone as far as different continents to escape the torture, harassment and persecution of Tutsis, ethnic divisive ideology, political exclusion to mention. Thus, the 1962 independence was a missed opportunity of the best Rwandans would be had it been able to serve the purpose it meant. Independence appears to have simply been a mere change of guard, from white masters to black successors and the same template of mis-leadership that worsened the situation and increased life regrets.

Rwandan refugees in countries of asylum, continued to encounter enormous challenges including being denied to return to their country peacefully, and reluctance of the 1st and 2nd Republics to accommodate the views of refugees on the political conducive environment needed for all Rwandans to enjoy their fundamental rights.  Due to lack of any other avenues for peaceful political change in their native country, they formed a group they called the Rwandese Alliance for National Unity (RANU), metamorphosed from its socio-cultural name into the Rwanda Patriotic Front (RPF-Inkotanyi) and eventually into its military wing the Rwanda Patriotic Army (RPA). It is my strong conviction that every ideology begins with attitude that eventually nurtures a belief, vitalized by political acumen and foresight demonstrated by the then RPF/RPA high command.

Having grown into a formidable force, the launch of the struggle became inescapable alternative, necessity and obligation that concerned all convinced patriots wherever they were scattered in neighboring countries to participate in the liberation a protracted effort (struggle) to overcome impediments to National identity as well as human security. During this struggle, the sons and daughters who fought the liberation   demonstrated values such as selfless, sacrifice, dedication and resilience to end despotic that have retarded transformation and unity of Rwandans respectively. When genocide tragedy befell the country the gallant sons and daughters of Rwanda/Inkotanyi decided to take incalculable risks to give they had including their lives to defend the succeeding generation. This come back was escorted by relentless strive and courage which: “never melted in the scotching sun and never dissolved in the heaviest rain”

Liberation as foundation for national identity: One of the causes of the struggle was to end ethnic divisionism, restore national unity and build the governance system that is inclusive and citizen centered. To accomplish this laudable goal, the visional leadership of H.E Paul KAGAME, removed ethnic naming in personal Identity cards, established the government of national unity, promoted spirit of power sharing, gender mainstreaming and inclusive participation. Liberation struggle put to an end refugee status that characterized thousands of Rwandans over 30 years and replaced ethnic identity to national identity called “Ubunyarwanda/Nd’umunyarwanda”.

In a speech delivered by H.E Paul KAGAME to thousands of people during 20th commemoration of genocide against the Tutsis, He summarized how the nation would have ended in statements below; had it not been the rational choices of Rwandans: That “Rwanda was supposed to be a failed state. We could have become a permanent UN protectorate with little hope of ever recovering our nationhood; we could have allowed the country to be physically divided with groups deemed incompatible assigned to different corners. We could have engulfed in never ending civil war with endless streams of refugees and our children sick and uneducated”.  However all the above scenarios have not happened due to visionary leadership of H.E Paul KAGAME who led 4 years of demanding struggle that marked the rebirth/resurrection of a nation.

Liberation as foundation for Transformation: In the aftermath of the catastrophic genocide against Tutsis, problems have been in place without possible assurance to be re solved. Rwanda was being regarded as a failed state politically, economically and socially, a war torn society that is irreconcilable due to long-term ethnic politicization &institutionalization, irreparable nation due to staggering destructions, coupled with huge distress of Rwandan population as well as   high ravages of war. The management of these post genocide nation failures was guided by liberation values/ RPF manifestos.

Inclusive governance that leaves no one behind allowed every member of Rwandan community to be potential partner in social- economic transformation. This was accompanied by investing in human capital as core resources by offering a number of scholarships to thousands of students from poor families who are currently driving country’s development agenda. The  introduction of numerous unconventional home grown solutions such as Girinka, Gacaca, Abunzi, Umushyikirano, Imihigo, Itorero, Umwiherero, Umuganda,  to mention  that are appropriate to local development context have been the bedrock to the Rwanda’s reconstruction and transformation journey access to health insurance, education to all, supporting survivors of genocide against the Tutsis, attraction of foreign investors, contributing to peace keeping operations, building network of Rwandans abroad/Diaspora, and guarantying security to all Rwandans have all contributed on rapid transformation.

The 1st bullet and other bullets that followed in the 4 years liberation struggle positioned the country’s positive image on international scene. Liberation fighters have paid ultimate price such as: spending sleepless nights, moving long distances, resisted hungriness, leaving their dear families, good paying jobs and loss of lives respectively. This human sacrifice, unequivocal patriotic stance and scrupulous attention to the problems the country was facing,  became the  catalyst that  unchained Rwandans from ills of long-term despotic rule and marked country’s transformation..  It is worthy to note that Inkotanyi’s role didn’t stop from uninstalling despotic regime and stopping genocide, but continued to play instrumental role in nation-building process in different dimension.

The liberation was too costly, too demanding and sustaining its essence should be the concern and priority of all of us.  Nothing the current generation/youths can reward liberation martyrs rather than safeguarding liberation ideals, emulating legendary values of the liberation giants that never ceased to pursue the cause; to keep the mantle of the struggle burning. The Author of this opinion is RUGUNDANA Augustin.  He works at Rwanda Governance Board. He is passionate on Civic education, peace-building, International relations and loves traditional musics.

The views expressed in this article are of the author. 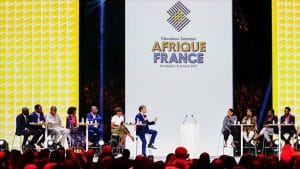 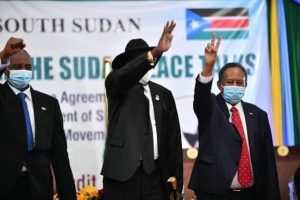 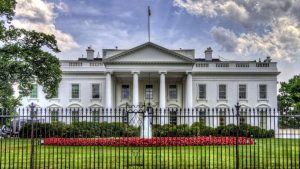