The International Crisis Group (ICG), in a report published this Wednesday, July 15, recommends to the quadripartite that constitute the DRC, Uganda, Rwanda and Angola, to address the security issue in the province of ‘Ituri.

The organization notes that the Congolese government’s military response has shown its limits and the scenario of a more generalized intercommunal escalation cannot be ruled out.

“The Lendu militias continue to strengthen. The Hema have so far not organized systematic reprisals, but do not rule out mobilizing their young people if the attacks continue. The organization of young Hema into self-defense groups that set up roadblocks on the roads of Ituri should alert to the risk of a greater communitarization of the conflict, “said ICG.

The NGO also reports that members of former rebel movements, including some cohorts of the M23, largely based in Uganda, have also sought to take advantage of ethnic tensions in Ituri and North Kivu to join the conflict.

ICG recommends that the Congolese President put the Ituri conflict on the agenda of the quadripartite forum bringing together Angola, Uganda, the DRC and Rwanda.

“Uganda and Rwanda could use this forum to discuss their mutual accusations of support for armed groups in eastern Congo, including in Ituri, and to commit to ending that support,” added the organization.

For the context, on August 21, 2019, a memorandum of understanding on security and cooperation in the sub-region was concluded between the leaders of four countries.

The Congolese authorities maintain that peace in the Great Lakes region is only possible if Museveni and Kagame cooperate, hence the involvement of Félix Tshisekedi, it is said on the side of the Congolese presidency.

Despite the report pinning Rwanda and Uganda into the said problem, there were no recent reports about the two brother countries into the conflicts rather the rebel groups originating in those countries have been confirmed to be operating on DRC territory.

Celebrating the 231st Anniversary of the U.S. Department of State 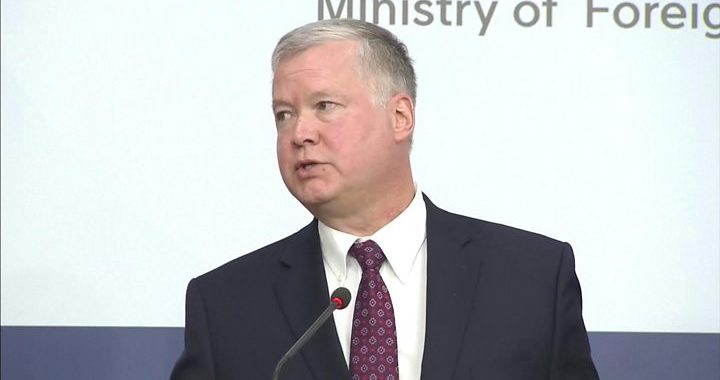 First steps of the civilian CSDP Advisory Mission in Bangui: Head of Mission and core team deploy to the Central African Republic