About 50,000 trees of various species were planted on 20 hectares in Byumba sector in Gicumbi District on Saturday, November 7, 2020 as part of the launching of Forests Planting season for the year 2020/2021.

Trees were planted in the designated area of the Green Gicumbi project which is being implemented by Rwanda Green Fund (FONERWA) to protect the environment, conserve the Muvumba catchment and improve the wellbeing of citizens as well as to contribute to the sustainable development without environmental degradation. The launch of the Green Gicumbi Forest Planting Season was attended by various officials including the Minister of Environment, the Governor of the Northern Province, the UN Resident Coordinator, the Swedish Ambassador to Rwanda and other officials from Public institutions and private sector as well as the residents of Byumba sector in Gicumbi District, part of the Northern Province of Rwanda.

In his welcome address, Northern Province Governor Jean Marie Vianney Gatabazi assured the present officials, donors, the private sector and the general public that the Northern Province will do its utmost to ensure the success of the Green Gicumbi project and the protection of planted forests as well as various other activities to take place throughout the implementation.

However, Governor Gatabazi called on the implementers of the project to clearly state all the planned activities so that the people and the administration know about them and they too can plan in accordance with the Green Gicumbi project guidelines. He explained that the project was launched last year and there was citizens’ resistance but now the people are becoming more aware of it and it is clear that they are willing to play their role towards the success of this six-year project.

Governor Gatabazi requested the role of the people in rainwater harvesting as once not collected, it would damage the various infrastructure including the road provided by the President of the Republic linking Gicumbi District with other districts of the Northern Province. On the issue of rainwater harvesting, the Minister of Environment Dr. Jeanne d’Arc Mujawamariya also expressed concern that there are six dangerous gullies in Gicumbi district alone adding that apart from causing landslides and environmental damage, that can also claim lives of people. “The issue of these gullies needs to be addressed. It is important to plant trees and grasses that hold the soil.” She noted

Minister Mujawamariya, on the other hand, commended everyone for their contribution to the restoration of forests coverage and the conservation of the already planted forests, noting that Rwanda had set a target of having 30% of the country’s surface covered by forests in 2020, however, she added “We have now exceeded that target by 30.4%.” “Although we have achieved this goal, we should not ignore the fact that some old forests need to be harvested and others need to be planted,” she added.

“It is also important to note that some have been cut down and no others have been planted, thus reducing the area under forest cover.” Minister Mujawamariya explains.

She said that among those forests cut down without reforestation, 67% belongs to the citizens.

“That is why through this Green Gicumbi project will help the people in reforestation through land consolidation so that they can be managed together,” she revealed. In Rwanda, the afforestation culture is not new because Rwandans usually use a tree for a variety of purposes including firewood, building trees, appetizing fruit trees and more.

Mpinganzima said: “As FONERWA, we are pleased that the Green Gicumbi Project is progressing towards its goals. This is one of the most important for the country in terms of achieving an environmentally friendly economy.”

Rwanda continues to increase the forests coverage also to mitigate the impact of climate change and to contribute to reduction of greenhouse gas emissions. 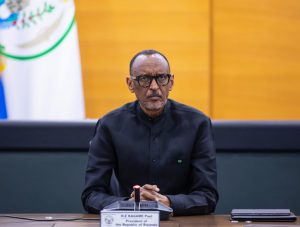 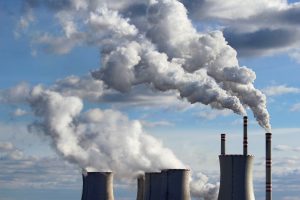