Mugiraneza Jean Baptiste is a resident of Huye District in the Southern Province of Rwanda.

He says he has lifted himself out of poverty from two goats he received as a donation from the Vétérinaires Sans Frontières (VSF-Belgique) in partnership with the Rwanda Farmers’ Organization known as IMBARAGA.

The 37-year-old lives in Nyakagezi Cell in Huye Sector where he and his wife and four children were born.

He says he lived in extreme poverty, but in 2015 he was given two goats, which he took care of and started giving him manure to improve farming.

He now has a self-supportive home and has moved from the first category of Ubudehe to the third category.

As of 2019, the third category, which has more people than the rest, counted around 5.8 million, and these don’t need help from the Government for survival. They include farmers, professionals, and business owners.

“I used to work for others to survive. After they gave me two goats I took care of them and they gave me manure for cultivation. These goats started producing others. As the goats grew up, I took them to the market so that I could buy other necessities” Mugiraneza explains.

The goats have now produced about 30 other goats, which he sold and bought pigs which also gave him manure to increase agriculture produce.

Arriving at his home you immediately realize that he is a prosperous citizen as he has a decent house with electricity and other domestic belongings.

He says he is a self-reliant man because he can take care of his family and provide for his basic needs and has bought two farms for his livestock. His wife Musabyimana Josephine says they are now in good living conditions because they no longer have to worry about food and their children go to school and study well because they have enough equipment.

Musabyimana is happy that she has enough land to cultivate and she also gets manure to fertilize it.

“The good thing is that we are no longer relying on others to live as was the past when we were poor. My children study well and I am happy because I see a bright future for them. ” She says.

Mukampore Viviane, a representative of the Rwanda Farmers’ Organization IMBARARA in six sectors in Huye District, said that in more than 40 groups, all members were given small livestock that have improved their livelihoods.

“In more than 40 groups and each group has between 25 and 30 people, we have provided them with livestock. We first teach them and build self-esteem in them. Many have changed their lives, we visit them and see how their lives have changed. ”

Bimenyimana Désiré, head of the Energie Verte et Élevage (EVE) project implemented in collaboration between VSF-Belgium and IMBARAGA, says that since 2008 they have started providing small livestock to the community and so far 3,600 households in Huye, Nyanza and Nyamagabe districts have received them

The project to provide livestock to poor families is being implemented in collaboration with the Rwanda Farmers Organization IMBARAGA, with the support from the Belgian Government.

In addition to supporting needy families, they also work on environmental protection and conservation where they mobilise people to use energy saving cookstoves.

They help people with cows to build biogas for cooking in order to protect forests that are usually cut for firewood.

They sensitise people on saving culture and provide them with fruit seedlings to plant in order to prevent malnutrition.

To improve the quality and reproduction of the animals they provide, they assist them to get veterinarians while at the same time they are connected with financial institutions to get loans for small-scale projects. 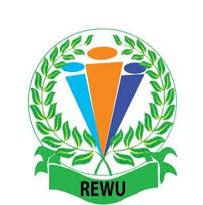 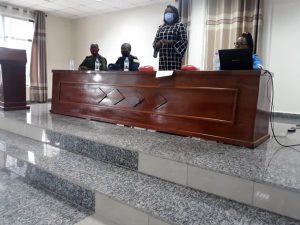