Industrial and vehicle pollution in the skies above East China’s major cities is boosting the amount of atmospheric soluble iron particles – creating health risks for citizens, a new study reveals.

The tiny soluble iron-containing particles created as a result of this can be inhaled by people – causing respiratory illness, as well as being transported by winter winds into the Pacific Ocean, affecting the oceanic ecosystem.

Study co-author Zongbo Shi, Professor of Atmospheric Biogeochemistry at the University of Birmingham, commented: “Our research shows that chemical processing is a key reason behind greater amounts of soluble iron in the atmosphere on haze days when atmospheric pollution from man-made sources is higher.

“Acidic ‘man-made’ pollution helps to dissolve iron out of larger ‘mixed’ pollution particles – this is concerning because large amounts of tiny iron-containing particles can be inhaled and cause adverse health effects though the generation of oxygen free radicals.”

Iron carried in airborne particles is an essential external source for phytoplankton growth in large parts of remote oceans and indirectly affects the seas’ capture of planet-warming carbon dioxide, playing a significant positive role in the global carbon cycle and climate. There are natural sources of iron, such as desert dust and soil dust, and anthropogenic (man-made) generators such as fossil fuel combustion and steel industrial activities.

Researchers discovered that concentration of soluble iron particles was higher over the northern cities of Beijing, Handan and Zhengzhou than the southern city of Hangzhou. The experts selected the four cities to represent typical urban environments, with their respective populations of 21.5 million, 9.5 million, 10.1 million and 9.8 million citizens.

Beijing mainly suffers from road traffic pollution with pollutants from surrounding industrial regions, while heavy industry in Handan uses large amounts of energy, resulting in copious emissions of air pollutants. Zhengzhou is a major road, rail and air transport hub suffering from serious vehicle exhaust pollution, as does Hangzhou which is also polluted with contaminants blown in from surrounding industrial regions.

“Large amounts of soluble iron may be the catalyst for creating secondary sulphate particles in East China’s polluted atmosphere,” added Professor Shi. “We need further research to understand how this situation changes the creation of atmospheric oxygen free radicals which can pose significant health risks.”

• The University of Birmingham is ranked amongst the world’s top 100 institutions. Its work brings people from across the world to Birmingham, including researchers, teachers and more than 6,500 international students from over 150 countries. 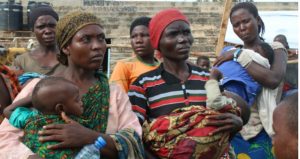 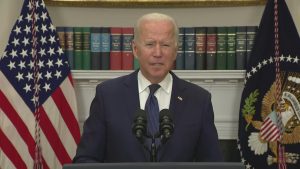 Remarks by President Biden on Evacuations in Afghanistan