Rwanda’s Permanent Secretary in the Ministry of Gender and Family Promotion, Ingabire Assoumpta has urged Karongi District administration to use the lesson leant during the implementation of Prevention+ project which was developed by Rwanda Men’s Resource Centre (RWAMREC) as part of its continuous programs towards a secure gender-just-society.

Ingabire made the call during the closing of the Prevention+ project and handing over achievements registered during the course of its implementation for follow up and sustainability.

The project was implemented in Karongi District/ Western Province from 2016 until 2020 in partnership with Promundo. According to Fidèle RUTAYISIRE, Executive Director of RWAMREC, “the objective of Prevention+ project was to contribute to creation of a gender-just society by transforming harmful social norms that drive GBV; and ensuring that these changes are rooted in a legal system that supports them.”

Speaking at the closing event, Ingabire Assoumpta, MIGEPROF’s Permanent Secretary lauded the achievements made throughout the project implementation and assured Karongi district that the Ministry will remain on their side to sustain and maintain benefits of the project’ outcomes.

“First of all, I would like to thank the citizens of Karongi district for the success of this project, but in particular, I want to thank RWAMREC administration for choosing this district.” Ingabire said

She revealed that “the Ministry is proud of the partnership with RWAMREC, which is strong, stable, working in a number of different programs aimed at promoting gender equality and combating sexual violence” She assured that MIGEPROF will continue to work together with RWAMREC as well as the district in many more programs.

“Working with different stakeholders in the implementation of the policies that have been put in place is something we value because the government cannot do that alone.” Ingabire added.

She explains that “While some progress has been made, there are still obstacles to achieving the principle of equality as we wish, including misconceptions or the fact that much of our culture has not been identified to be a major obstacle.”

PS Ingabire reminded the gathering that the number of abused children is still very high as well as family conflicts.

“The most common form of child sexual abuse is not our culture, we do not know where it came from but we urge everyone to take it as a serious problem, together we condemn the crime, the impact on the child, to the family and to society is worst,” She said Through the Prevention+, according to the project explanatory note, at individual levels, the project has worked with young people through Youth for Change (Y4C) clubs established in secondary schools of Karongi and in one Higher Learning Institution (Integrated Polytechnic Regional College-IPRC) and at village level it worked with couples through Umugoroba W’ababyeyi-Parents Evening Dialogue (PED).

At community level, the Prevention+ project has worked with the community through sensitization campaigns: message-sharing through existing campaigns (i.e.: International Women’s Day, Father’s day, 16 days of Activism…) and community awareness via Media programs

At institutional level, the project has established relationships with GBV prevention stakeholders and provided training to institutions that can help support change and positively influence community members for better gender-fair service provision.

While at Government level, the project has conducted advocacy for the integration of Gender transformative approaches in policies and initiatives such as National Gender Policy, District Development Strategy (DDS), Imihigo performance contract, etc. All these efforts have resulted in positive changes in the community. Some of key results are as follows:

In a nutshell the combined approach from child, family and community is something we are very proud of.

“We are going to continue to be close to other partnerships in the district but the most important thing is that no one will force you to support the initiatives. We know well that you will take them as yours” Ingabire noted

“I would like to ask the district administration: we are here, we are with the provincial Executive Secretary, and you are all involved. these activities will not be left here, this is the main thing and we will see if this project outcomes are benefiting the citizens.” Ingabire urged

“It requires that you continue and maintain the gains at local level. We’ll be back in about two years and see if you’ve scaled up and achieved more.” Added Ingabire, who was representing the Minister of Gender and Family promotion at the event.

Note that the Prevention+ program is not only Implemented in Rwanda, but also in other 3 countries including Uganda, Indonesia and Lebanon. 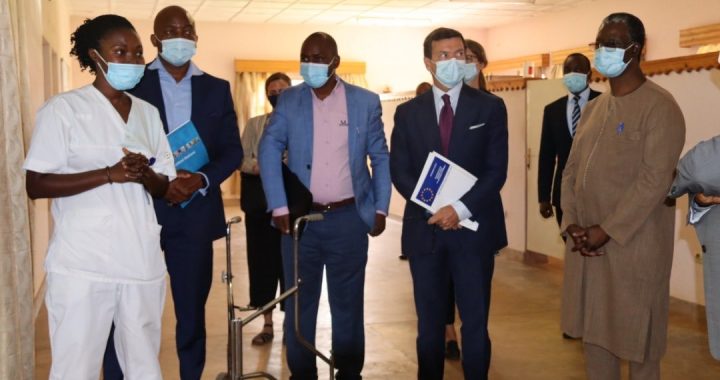 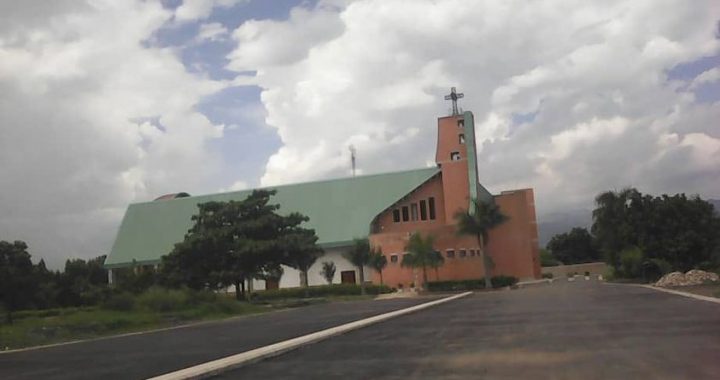