Green Party activists said that there should be a change in the electoral process in Rwanda due to the fact that the current process does not match the state of the country’s statistics.

In the dialogue meeting held on Saturday May 22, 2021, which brought together some members of the Democratic Green Party of Rwanda, they highlighted some issues identified as obstacles, especially in the electoral process in Rwanda, which need to be addressed.

“We have clarified these back in recent days as we are approaching the local leaders’ elections while also in near future we will be electing MPs and presidential elections ahead. so, the purpose of this dialogue is to look at what is good and what is bad and give recommendations to improve the electoral sector” Says Honorable Dr. Frank Habineza, the president of the party.

Election of local leaders from political parties instead of independents…

Green Party says there is a need to change the way people are allowed to run in local elections, as they often run as independent candidates and end up representing a particular party and you find that everything they do is done for the benefit of the party as explained by Dr. Habineza Frank.

He continues: “So we think this should change”

Recalling the Rwandan National Constitution of 2003 which states that a political party needs 5% of votes so that it can be allowed to have a seat in the parliament same as the independent candidates, Dr. Habineza said that this also should be changed due to the fact that much has changed compared to when this constitution was enacted.

“As you can see from the time the constitution came into force, no independent candidate has gotten a vote allowing him or her a seat in parliament. Apparently, it failed. The requirement is that at least the independent candidates change from 5% to 2% of votes.” Said Dr. Habineza Frank.

In addition to these highlights, Green Party also demands an increase in the number of MPs from 80 to 100 as the number of voters in Rwanda has almost doubled compared to when the constitution was enacted in 2003, where voters were almost four million.

But this point seems to be that DGPR activists have not been able to reach an agreement, as some of them feel it could increase the burden on the community, because it would require the people to pay more taxes in order to get the salaries of the MPs. 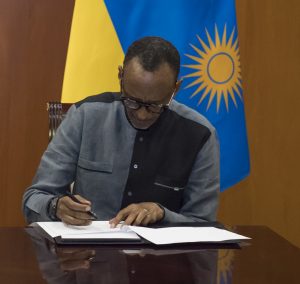 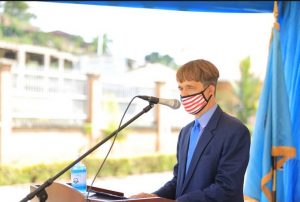 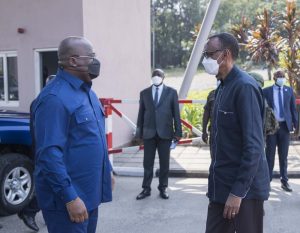