It also provides for the first time a summary of the conservation status of all 48 natural World Heritage sites in Africa.

Prepared as part of the Biodiversity and Protected Areas Management Programme (BIOPAMA), which aims to help conservation actors improve the management and governance of biodiversity and natural resources, the report gives practical advice on the conservation of natural World Heritage sites in Africa. “Natural World Heritage in Africa: Progress and Prospects” contains an introduction to World Heritage essentials. It also explains how to prepare nominations – formal proposals for new listings following the rigorous processes of the World Heritage Convention.

The report comes at a challenging time for African World Heritage sites. Many sites are currently closed due to the COVID-19 pandemic, often resulting in substantial income losses for park management, local communities and businesses.

Moreover, the violent attack that killed 17 people, among which 12 rangers, in Virunga National Park in the Democratic Republic of the Congo on 24 April 2020 is a reminder of the armed conflicts that remain a key challenge for many African World Heritage sites.

Over the past decades, hundreds of rangers have lost their lives on duty, while protecting Africa’s natural treasures for the benefit of present and future generations.

“Africa’s natural World Heritage includes some of the most iconic wildlife and landscapes on the planet, which give hope and inspiration to people across borders and generations – never more so than in these most trying of times,” says Peter Shadie, Director of IUCN’s World Heritage Programme. “This report can help African countries strengthen the protection of this invaluable heritage by making existing sites bigger and better, and proposing strong cases for new listings.”

At present, 48 of the 252 natural and “mixed” natural-cultural sites on the UNESCO World Heritage List are located in Africa, including places such as the Okavango Delta, the Serengeti Plains, the Virunga Mountains, the Namib Desert, and Mount Kilimanjaro.

Many African World Heritage sites boast the continent’s unique megafauna – its rhino, elephant, hippo and giraffe – which is unrivalled elsewhere in the world. They also include rich tropical forests, which support a distinctive suite of species, such as great apes – gorillas, chimpanzees and bonobos – as well the curious lemurs of Madagascar, the strange giraffe-like okapi of eastern Congo, and the miniature pygmy hippo in West Africa.

However, it has long been recognised that both the number and size of natural World Heritage sites in Africa could increase.

According to the report, 20 areas covering remarkable landscapes and seascapes across the continent could be potential future candidates for World Heritage listing.

They also feature a number of tropical forest areas, stretching from the Upper Guinea biodiversity hotspot in West Africa, across the Gulf of Guinea and Cameroon Highlands in Central Africa, to the East African coastal forests.

Inscribing these new and larger areas on the UNESCO World Heritage List could help develop a portfolio of World Heritage sites that would better represent Africa’s outstanding natural richness.

Beyond the opportunities for new nominations and extensions, the report discusses some of the key challenges for World Heritage on the continent and ways to improve the management of sites.

While many examples of success exist at the site level, overall the effectiveness of protection and management of natural World Heritage in Africa raises concerns. The IUCN World Heritage Outlook indicates that over half of Africa’s natural and mixed sites are in a critical condition or giving cause for ‘significant concern’.

The continent has 12 natural sites on the List of World Heritage in Danger, more than any other region, accounting for 70% of the global total. This is the result of various factors including civil unrest, poaching, infrastructure development, mining and uncontrolled timber harvesting.

“World Heritage sites should be models of conservation and IUCN stands ready to help States Parties in Africa achieve the highest level of practice at the global, regional and community levels,” says Leo Niskanen from IUCN’s Eastern and Southern Africa Regional Office (ESARO) in Nairobi, Kenya.

“This report will serve as a key reference for African countries, their partners, and anyone interested in Africa’s rich and remarkable natural heritage.” The report was produced by the BIOPAMA Programme, an initiative of the African, Caribbean and Pacific (ACP) Group of States financed by the European Union’s 11th European Development Fund (EDF) and jointly implemented by IUCN and the Joint Research Centre of the European Commission (JRC). 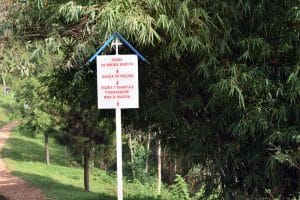 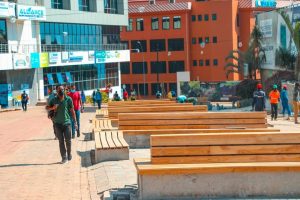 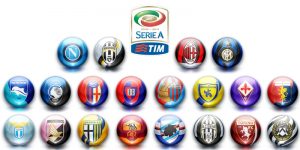