Surgeons have said “it is time for Africans to get modern and fast surgical services that are painless citing LAPAROSCOPY as one that can work better.

This was announced in a webinar that focused on advancing minimally invasive surgery in Africa organized by IRCAD France in partnership with IRCAD Africa.

IRCAD Africa is a branch of IRCAD France and has Office in Kigali, the capital city of Rwanda.

IRCAD’s main focus has always been to develop less invasive surgery techniques through research led by the IRCAD research and development team in collaboration with IRCAD surgeons and share those techniques at an international level via training courses.

At the event, President Paul Kagame of Rwanda was commended for his contribution to the establishment of the IRCAD Africa and acknowledged that being a member of the IRCAD is an added strength to those who were involved in promoting the use of medical technology, especially in surgery.

In his presentation, Dr. K. Kayondo, President of IRCAD Africa explains that “over the next decade, surgery is considered as significant public health issue with great disparity between North and South, between high income countries and low- and middle-income countries, so minimally invasive surgery has become the golden standard for many procedures highly permed with modern technics.”

Dr. K. Kayondo noted that “Despite the benefits arising from minimally invasive surgery, such less pain, less bleeding, less time among others, the MIS (Minimally Invasive Surgery) is not yet common practice in low-and middle-income countries, because most surgeons continue to use open surgical technique.”

“So, the introduction of MIS in low-and middle-income countries will, for sure, reduce mortality and morbidity associated with surgery and will be particularly advantages where there is often poor sanitation, limited diagnostic practices, fewer hospital beds, raising rate of trauma, and single income households.”

Speaking at the webinar, Prof. A. Wattiez who is one of the renowned gynaecologists in the world said “the reason why Africa should have advanced gynaecologists is because Africa represents 1.2 billion of the World’s population and we can consider that a half of those is female that need gynaecological care and we know that female is more exposed to medical care and surgical care compared to men and I think they deserve really, in my opinion, LAPAROSCOPY because they do better for them.”

According to experts, Laparoscopy is an operation performed in the abdomen or pelvis using small incisions with the aid of a camera. The laparoscope aids diagnosis or therapeutic interventions with a few small cuts in the abdomen and “this time use advanced technologies”.

He added that Africa is almost 17% of the world’s population and that its population is too young so there is a need to give them the medical care they deserve since Africa is the big part of the future for the world and deserves the future of surgery which is brought by IRCAD.

“I am happy that IRCAD opened Office in Africa and this means that IRCAD and I, we love Africa.” Prof. A. Wattiez said.

In his testimony, Prof. T. Piechaud, a urologist who specializes in robotic and laparoscopic urology, insisted that “LAPAROSCOPY is important because it is a strong revolution from invasive surgery to minimally invasive surgery approach.”

He added that IRCAD being the best school in the world of Surgeons, has to teach and coach the minimally invasive approach. On the agenda of the webinar also was three lectures from Rwanda. During the 1st lecture, Dr. David Ntirushwa, Medical doctor, Consultant Obstetrician and Gynaecologist from Kigali, Rwanda, noted that “We need to shift to Minimally Invasive Surgery because we want our patients to gets its benefits such as: same day surgery and discharge, less time in operating rooms, less blood loss, faster recovery and minimal anesthesia effect, etc…”

IRCAD Africa is scheduled to officially open its doors by the end of 2021. Significant efforts are being made by the government of Rwanda in collaboration with IRCAD France to ensure a great construction progress despite the current worldwide pandemic.

According to Prof Jean Claude Byiringiro, Associate Professor of Surgery and Dean-School of Medicine and Pharmacy-College of Medicine and Health Sciences, “The goal is to train and equip African Hospitals with outstanding Surgeons with Quality of services required.”

“We hope that IRCAD Africa will be the Hub of Excellence in Minimally Invasive   Surgery Technologies, Collaboration, and Research.” He added. 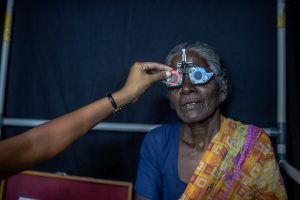 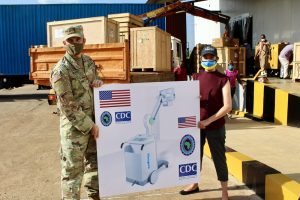 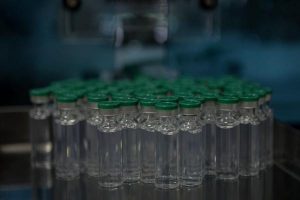