While many parts of the Eastern Province of Rwanda continue to be affected by the lack of rain, the Ministry of Agriculture and Animal Resources has started irrigation activities in the province which will cost Rwf 1.2 billion as part of dealing with drought.

The Eastern Province usually receives a budget that will be used for irrigation activities due to lack of rainfall.

In response to the drought, the Ministry of Agriculture and Animal Husbandry on November 15, 2021 launched a special irrigation project that is expected to cost more than Rwf 1.2 billion as it will cover 450 hectares of land at 162 sites in the Eastern Province.

The Minister of Agriculture and Animal Resources in Rwanda, Dr Mukeshimana Geraldine, said that the climate change in the Eastern Province does not mean that there has been a change in productivity at the national level.

“Climate change in one part of the country is not just across the country, it means that at the national level, production is stable, but the Rwandan government is behind its people,” she said. “We are working with various agencies to support the community so that if any assistance is needed, it will be provided.”

She further added that where climate change will cause suffering from food shortages due to drought or heavy rains, the Government is ready to support them.

“This is not the first time the government has provided assistance in the event of a food crisis, so it is important to note that there is always food in the national reserves.”

In this joint effort by the districts and the Ministry of Agriculture and Animal Resources, through the Rwanda Agriculture Board (RAB), the focus will be on irrigating maize, beans, soybeans, and more on sites close to the water. 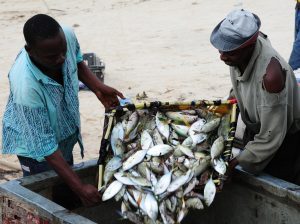 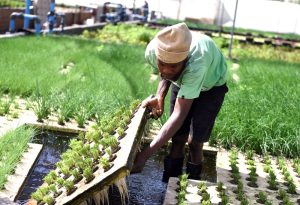 AQUAPONICS, A glimmer of hope in drought-stricken Africa 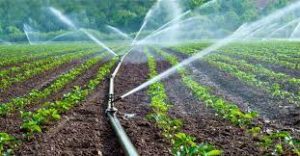