The state of the Atlantic adds a layer of variability to local sea level rise in Europe, while the massive loss of ice mass in the Antarctic due to climate change is sufficient to affect the gravitational pull on the earth’s oceans so that they move towards the Northern Hemisphere. This is just one of the many findings of the EASAC’s 2-year expert study of the state of the North Atlantic. “European nations would be well advised to plan for a rise of one meter or more between 2000 and 2100,” says Prof. Michael Norton. The feared weakening of the Gulf Stream is not imminent. Nevertheless, scientists believe the danger is real and warn of its devastating consequences.

The European Academies Science Advisory Council (EASAC) releases the results of its 2-year expert study of the state of the North Atlantic and its implications for Europe. The study assesses the latest knowledge on ocean issues which are critical for humanity’s fate on the planet. Its release coincides with the UN’s World Oceans day and adds weight and detail to the UN’s emphasis that the health of the oceans is intimately tied to our health.

“Europe’s future in the Atlantic realm is one both of great concern but also one of great promise”, says expert group Chair Prof. Tor Eldevik. “The report is very clear about future climatic risks, but equally focuses on the future benefits we can harvest from better understanding of the relations between the state of the Atlantic and climatic conditions over Europe that affects everything from the supply of renewable energy to fisheries.”

Looking at the most recent evidence on melting glaciers and ice sheets in Greenland and Antarctic, shows that sea-level rise is accelerating.  “European nations would be well advised to plan for a rise of one meter or more between 2000 and 2100, and to closely monitor future trends to adjust as new data comes in,” concludes Prof. Michael Norton, EASAC’s Environment Director. “The loss of mass in the Antarctic is sufficient to affect the gravitational pull on the earth’s oceans so that they move away.  This means that as the Antarctic melts, oceans shift to the north and sea level rises even faster around Europe.”

The state of the Atlantic Meridional Overturning Circulation (AMOC) that includes the Gulf Stream circulation that acts as a conveyor of massive amounts of heat from the subtropics to the Arctic, shapes weather patterns and influences life on more than one continent.  As recently as 12,000 years ago, the AMOC “switched off” and drove destructive cooling- the possibility of this recurring as the planet warms has even inspired Hollywood movies!

Indeed, as the climate warms, models do suggest that the AMOC will weaken, but EASAC’s study finds that the latest measurements show that periodic weakening and recoveries do not yet reveal trends that can be separated from natural variability. Yet, and while the media image of a little ice age for NW Europe is not on the immediate horizon, the report also confirms how important this fundamental circulation in the Atlantic is – not just to Europe, but to the climate thousands of kilometers distant. “When the ocean currents change and the delicate balance between hot and warm is disturbed, the consequences can be dramatic, potentially affecting hundreds of millions of people. We need an early warning system,” says Norton.

The effects of acidification on marine ecosystems are not yet understood

Another result of increasing carbon dioxide levels in the atmosphere is that the oceans around Europe are acidifying – along with the rest of the world’s oceans.

Warming oceans are already reducing fishery yields. And changing marine ecosystems and make fisheries management more difficult and complex, so that the objective of sustainable fisheries depends on a much better understanding of how marine ecosystems respond to climate change. Marine Protected Areas may also need to move as the sea warms and circulation patterns change. “Europe doesn’t yet have a comprehensive monitoring network for acidity, and we need to understand much more how this will affect marine ecosystems and fisheries around our shores,” says Norton.

“We have already put enough warmth into the planet to keep ice melting but how fast it melts is critical to our future,” says expert group Chair Prof. Tor Eldevik.  “Future ocean shifts are very sensitive to our success or failure in stopping warming. If we succeed in keeping the average warming to 1.5°C, then Antarctica may continue melting at current rates; but overshooting the 2 °C Paris Agreement target towards 3°C may lead to Antarctic melt alone add 0.5 cm a year by 2100.”

According to the scientists there is only one possible remedy: Slashing emissions and protecting and increasing the uptake of carbon by the world’s forests and other carbon sinks.  “It also means we should only support energy technologies that are low-carbon and thus reduce CO2 levels- another reason for preferring wind and solar renewable energies to biomass which continues to add CO2 to the atmosphere,” Norton reminds of findings of previous EASAC studies. 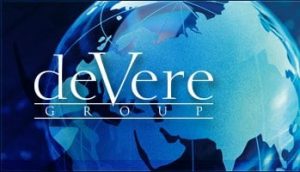 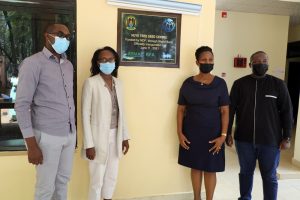 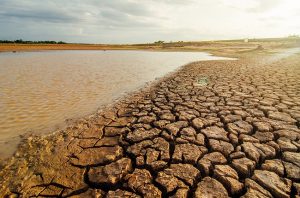